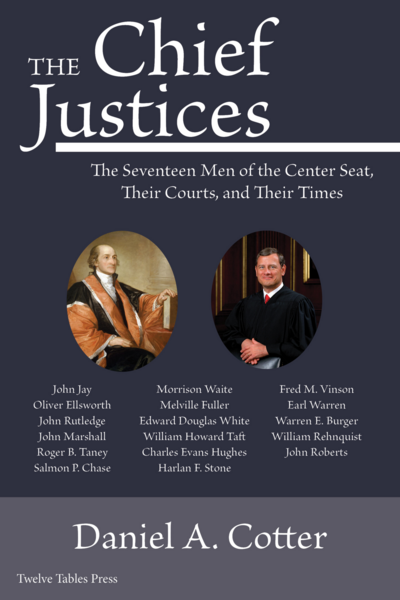 The Seventeen Men at the Center Seat, Their Courts, and Their Times

by Daniel A. Cotter

Since the beginning of the Supreme Court of the United States in 1789, seventeen men have held the Chief Justice position. The first three held the position for a total of eleven years, and the next two (Marshall and Taney) held the Chief Justice position for the next sixty-three years (the two longest chiefs in our history). This book seeks to examine the position of Chief Justice more closely, to describe the position's origins and duties, and to explore the court under each of the seventeen chiefs. Discussions cover the background and careers of the chiefs before becoming Chief Justice as well as the cultural times, in order to put their rise and tenure in our nation's context, while discussing some of the key associate justices who sat with each of the seventeen. Each chapter also focuses on some key decisions of the Chief Justices' courts.