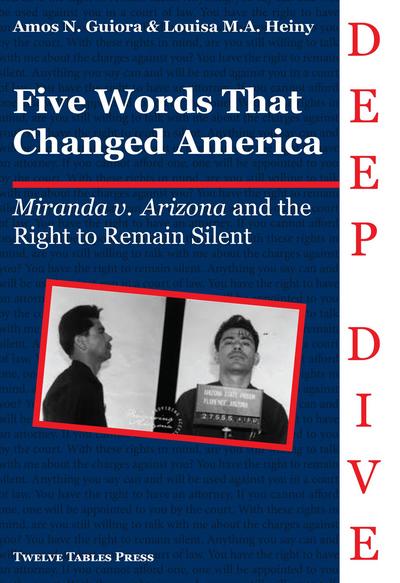 Miranda v. Arizona and the Right to Remain Silent

Miranda v. Arizona ranks as one of the best-known United States Supreme Court decisions of all time. Most Americans can recite at least a portion of the Miranda warning, largely due to its regular appearances in television shows and movies. Further, the important legal issues raised by the case have been exhaustively studied and discussed by legal academics for the past fifty years.

However, Miranda v. Arizona is far more than the words police recite to suspects today, and far more than a legal analysis of the case itself. It is a series of deeply personal and remarkable stories. Miranda v. Arizona is a story of devastating crimes, young victims, novice police officers, a serial sex offender, purse snatchings, robberies, strategic moves, brilliant lawyering, bravery, brutality, misogyny, murder, and poor choices.

Some of those whose stories we tell simply did their jobs, surprised to this day that anyone is still interested in the case. Others were acutely aware that their actions could change law enforcement as they knew it. Our goal was to produce a meticulously researched book that was interesting and accessible—not just to the legal reader, but to all readers. By telling these stories, we hope to give life and meaning to the five words that changed America.