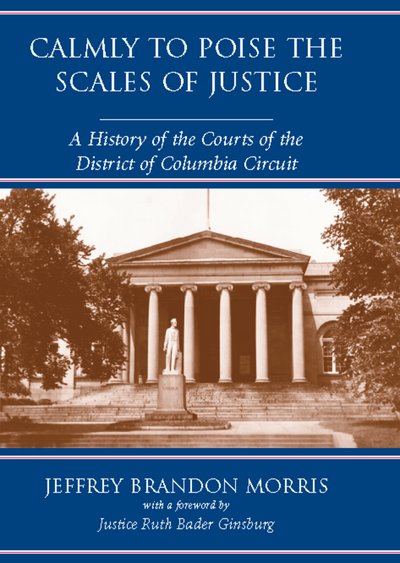 Calmly to Poise the Scales of Justice

A History of the Courts of the District of Columbia Circuit

This title has low inventory. Please contact us for more information about ordering.

This is the first full-scale history of two of the nation's most important courts: the U.S. Court of Appeals for the District of Columbia Circuit (often called the nation's "second most important court") and the U.S. District Court for the District of Columbia. The Court of Appeals has become the undisputed chief tribunal for administrative law in the United States and is the court to which Presidents often look when appointing Supreme Court justices. The District Court has become the principal venue for oversight of the executive branch of the federal government. Morris considers the factors that have influenced the development of each court; portrays the most influential of their judges; and considers the most important decisions and cases lines of each court.