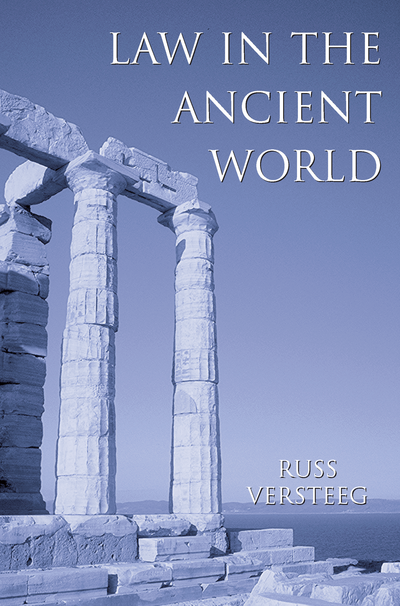 Law in the Ancient World

Law in the Ancient World examines the legal philosophy, legal institutions, and laws of the ancient Mesopotamians, Egyptians, Greeks, and Romans. Ancient documents, accounts, and literature provide the basis for a wide perspective of law and the procedural features of these ancient legal systems. VerSteeg delineates and analyzes the elements of ancient laws, explaining how social, religious, cultural, and political forces shaped both procedure and substance. The book is comprised of four units: I. Early Mesopotamian Law; II. Law in Ancient Egypt; III. Law in Classical Athens; and IV. Roman Law.

Each unit has three chapters, and the first chapter in each unit begins with an overview which provides essential historial background. Next, each initial chapter considers the role of law in society, exploring law in the abstract, the theoretical bases of justice. The middle chapters in each unit trace the development of the ancient judicial systems, distinguishing the various types of judges, courts, and procedures that were employed to make justice available to both citizens and foreigners. The third chapter in each unit reconstructs the substantive laws, including sections detailing Personal Status, Property, Family Law, Inheritance & Succession, Torts, Criminal Law, and Contracts & Commercial Law.