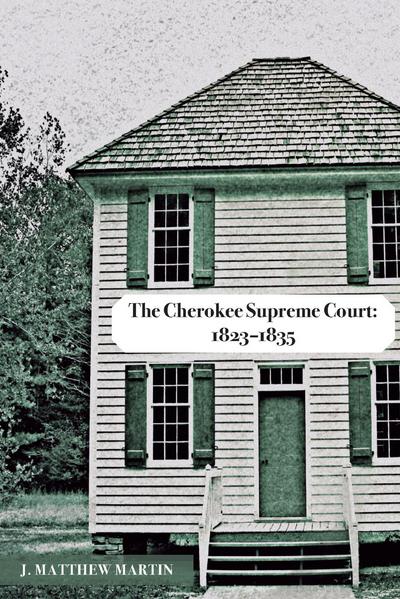 The first legal history of the first tribal court upends long-held misconceptions about the origins of Westernized tribal jurisprudence. This book demonstrates how the Cherokee people—prior to their removal on the Trail of Tears—used their judicial system as an external exemplar of American legal values, while simultaneously deploying it as a bulwark for tribal culture and tradition in the face of massive societal pressure and change.

Extensive case studies document the Cherokee Nation's exercise of both criminal and civil jurisdiction over American citizens, the roles of women and language in the Supreme Court, and how the courts were used to regulate the slave trade among the Cherokees. Although long-known for its historical value, the legal significance of the Cherokee Supreme Court has not been explored until now.

"All members of the legal community could use more education on the legal struggles of Native people...this book offers a fascinating and rewarding glimpse into the origins of the Western-style court system created by Cherokee leaders."
— Judge Mary-Margaret Anderson (Ret.)

"J. Matthew​ ​Martin has written an insightful volume on the Cherokee Supreme Court. Scholars​ ​have included aspects of the court's rulings into their own analyses, but the court​ ​itself has never been the sole subject of historical treatment. Divided into two parts,​ ​The Cherokee Supreme Court first offers an examination of the court, its origins, and​ ​how it approached both criminal and civil cases in a thematic account that includes the​ ​treatment of women and the institution of slavery. The second half of the book contains​ ​transcriptions of the court's judgment docket. This useful resource allows readers to​ ​examine Martin's primary sources to get a feel for the language of the decisions and a​ ​flavor for the types of things the court adjudicated."