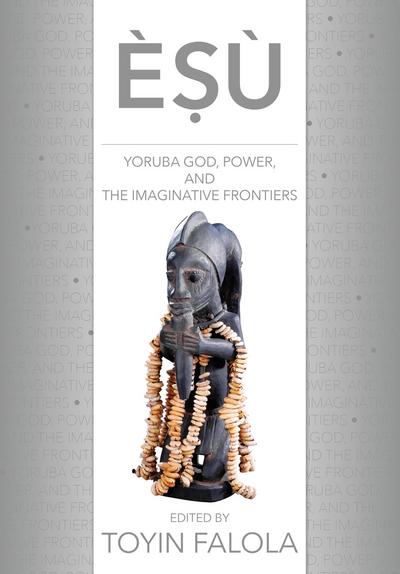 This is the most extensive book on Esu, also known in different locations as Eleda, Exu, Cxu Eleggua, Cxu Elegbara, Legba, Elegba, Elegbera, or Odara. He is the "divine messenger," central to the understanding of Yoruba religion and worldview, as well as their various manifestations and related orisa traditions in the African diaspora—such as Candomblé, Vodou, and Santería/Lukumi.

Esu and Ifa (divination with all its sacred texts) or Orunmila (the god of divination) rank as the most widespread and the most worshipped of all the deities. Both Esu and Ifa/Orunmila hold the Yoruba cosmic system together. Esu is now part of what some may label as the Black Atlantic religion; part of the attempt to recover African religions in other lands; as well as part of the use of religion for survival. As the book points out, in Esu's ability to migrate to other lands, he becomes part of transatlantic history, but more so of the tension between relocation and history, between the violence that led to the forced migrations of people and the long healing process of reconciliation with living in strange lands that later became new homelands.

"Toyin Falola has amassed a formidable amount of information on Eshu in this masterfully edited book. …It is a book that belongs in every library where students are concerned with Africa or the African diaspora and on the bookshelves of scholars interested in Yoruba culture and the trans-Atlantic tradition." — Jean M. Borgatti