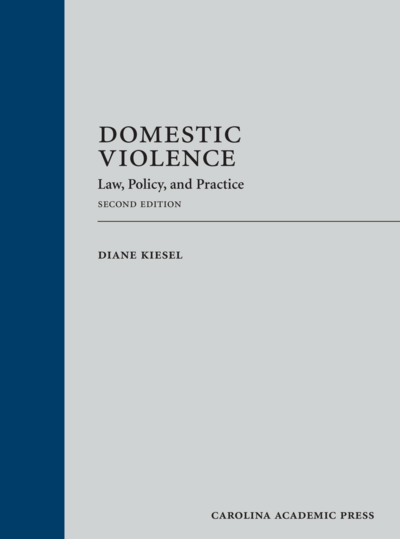 This textbook examines the sadly prevalent appearance of domestic violence in all areas of the law — from its obvious place in criminal and family law to its less apparent connection to tort, divorce, child custody and federal law. The book also explores how domestic violence is treated in the justice system and explores the ethical and legal considerations for lawyers working in the field.

Much has changed since the publication of the first edition a decade ago, particularly in the areas of evidence, expert witnesses, immigration and federal firearms laws. In addition, the book has expanded its scope to include issues surrounding domestic violence on Native American lands, among the police and the military and among the elderly. It also explores how domestic violence is handled in the Third World. The book is designed not only for students who wish to specialize in domestic violence law but for practitioners working in the field and for other students and lawyers who simply have an intellectual interest in the subject.

As in the first volume, the book explores the subject in a readily accessible manner by including not only traditional legal articles and case law but selections from history, literature, media, and the popular culture. It also includes interviews with lawyers, artists, and advocates who have taken unique approaches to the challenges in fighting domestic violence as well as pictures and diagrams.