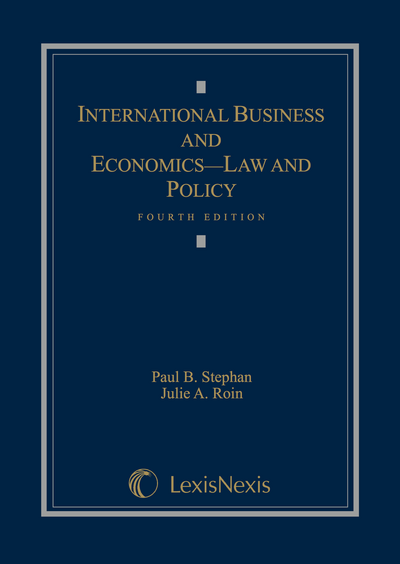 The First Edition of this text was written at a time when the structures of international relations were undergoing a profound transformation, with the collapse of Soviet-style communism just behind us and the creation of NAFTA and the WTO just ahead. The Second Edition came at a time when NAFTA and the WTO had taken shape but not yet acquired a history. At the time of the Third Edition, both of those structures can be studied in detail and their ramifications for the world economy can be better appreciated. In the interim, the Internet has established itself as a presence in innumerable firms and households, and the dot com bubble has come and gone. The services-oriented information economy seems no longer to be emerging, but rather a fundamental aspect of contemporary business.

The Fourth Edition of International Business and Economics reflects the growth and development of the global economy as well as the way law schools prepare lawyers to work in that world. The book was written in the shadow of a financial crisis that seemed at times destined to bring international economic catastrope, but which so far has been grim but not disastrous. The book has been revised more comprehensively than any of the earlier successor editions. For example, materials on international civil litigation have largely dropped out and correspondingly more materials on international investment arbitration and WTO dispute resolution, as well as the interaction between those bodies of law and national law have been added.